The country that manufactures the Infinix phones

Edwin Akwudolu 12:45:00 PM Phones
No doubt that in this era, at the mention of Android Powered phones, the phones that immediately sprung up in the minds of many are the likes of Samsung Galaxy and HTC phones.

But it is important to note that these two brands of phones mentioned above are not the only Android powered phones, other phone brand models such as Motorola, Sony Ericsson, LG etc. have also been known to operate on the Android platform. 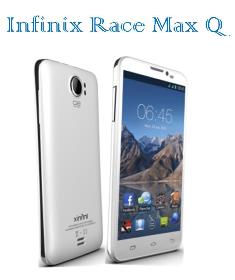 And the most interesting part of it is that those phones can be rooted in order to even enhance them for greater abilities and functionalities.

For the above reasons, I want to use this opportunity to even draw your attention on two other phones that are currently in the Nigerian market and seriously making waves.

These phones are also Android powered and as such provides the same functionalities as other famous brands mentioned above. The two brands of phones that I am talking about are the Tecno and the most recent brand, the Infinix phone.

In this article, I will be focussing more on the Infinix phones.

There are lots of things that people are still not aware of, about these latest brands of phones currently rocking the Nigerian market. One of the things as suggested by the topic of this article is the particular country that manufactures the Infinix phones.

As I have mentioned before that these phones are Android powered and are as good as any other Android phones that you know out there.

The Infinix Mobility Limited, the makers of the Infinix phones is a joint venture company between Mobiwire (formerly Sagem wireless) and Earning way (Chinese company) in Hong Kong.

And we know that Sagem wireless is a French company. So it is now clear that the Infinix phones have some touches of both France and China, but Infinix is a company founded in Hong Kong. The phone is designed in France and then assembled in China.

By so doing, they have enabled those who cannot afford the same Android powered products manufactured by the various famous brands mentioned above to now own and enjoy equally the full functionalities that Android offers.

Now to their latest model, the Infinix Race Max Q which is well optimised with all the latest features of any current Android phone that one can think of, not only but includes features such as 8.0MP powered primary camera, 1.2 secondary camera, 4.2 Android OS (Jelly bean), 3G and 4G network enabled (LTE), Bluetooth and WiFi functionalities, etc.

The Infinix Race Max Q is currently selling for only $200 in most phone outlet that has it in stock.

If you are looking forward to obtaining that your dream and new Android powered phone don’t neglect the Infinix Race Max Q as this could save you some extra bucks without compromising qualities at the long run.
The country that manufactures the Infinix phones