Edwin Akwudolu 1:21:00 PM Internet & browsing
In as much as we know that browsing speed for MTN, Etisalat Glo and Airtel depends largely on location, but on the average, we are going to be arranging those four network providers according to the network with the fastest browsing connectivity speed to the one with the slowest presently.

You and I know that it is very frustrating browsing with poor network and one can achieve nothing using slow internet network connectivity to access the internet. 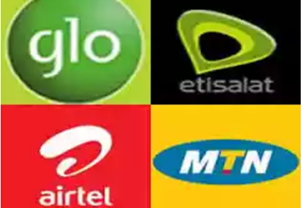 Off course other factors like total number of subscribers or number of users at any given time can also be a factor that affects the internet connectivity speed on those networks.

But after using all the networks to access the internet in 2016 so far, we were able to come out with this ranking, starting with the fastest browsing network to the slowest so far.

1.    The fastest network in our todays ranking remains Etisalat – but when you are subscribed to Etisalat internet data that speed throttling is applied at certain point, then you might want to hate the Etisalat network for that.

2.    Second in the ranking is Airtel – Airtel has currently leap-frogged MTN in the browsing speed ranking, as the former sluggish network is currently blazing at high speed. But you might hate Airtel when they zap your data as you are on high speed gear browsing

3.    Third in the list off course is MTN – MTN is trying despite having largest numbers of subscribers; their internet connectivity speed is still considerable in many occasions. But MTN can lie…they might give you 50MB and tell you that you are on unlimited browsing plan.

4.    Finally and the least currently, the slowest browsing network is Glo – at this moment you have everything to be angry or hate the Glo network – Glo remains the only network with constant and sharp network disappearance when browsing; and when their network disappears, it might take the next 30min or more in some cases before network will be restored.

These ranking are subject to change in short time or any time depending on upgrades and improvements done by those network providers on their networks.

If you are currently looking for the network with fastest internet speed in order to subscribe to their data services, this ranking can be of immense help
Current Ranking On Internet Data Browsing Speed For MTN, Etisalat, Glo And Airtel