Edwin Akwudolu 7:00:00 AM Phones
The rumours are over and the successor to the sound electrifying Tecno Boom J7 has been launched in Tecno Boom J8 and now selling with fully upgraded features.

As you might already know, the Tecno Boom J8 is first of its kind to run on new Tecno HiOS UI.

With premium look and plastic with metal trimming design, the 5.5inches Tecno Boom J8 also spots 4G LTE network on both SIMs and can run on ultra-low power mode. 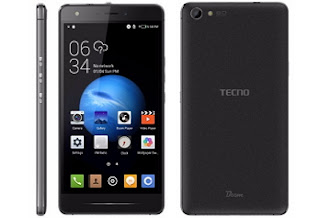 Though with display resolution of 720 X 1280 pixels, you might consider that not very impressive, but you don’t expect any device to have it all.

Let’s now take a deep look into the full specifications and price for the awesome Tecno Boom J8 below;

·     Camera: 13MP back camera with LED flash and a 5MP front facing shooter with flash

Coming in super white, champagne gold and space grey colours, some of you might consider the pricing a bit high.

Reviewed by Edwin Akwudolu on 7:00:00 AM Rating: 5
Share This
Phones