skip to main | skip to sidebar
Home Streaming Never Miss Your Favourite EPL, Champions League Football Matches And Others With These Channels On Your Android Football Streaming Apps

Never Miss Your Favourite EPL, Champions League Football Matches And Others With These Channels On Your Android Football Streaming Apps

Edwin Akwudolu 4:35:00 PM Streaming
The other time I introduced you to the one of the best android football streaming app in 2016, USTREAM.

And the reason why I like USTREAM above other similar streaming apps is that with USTREAM, you don’t need to know the particular channel that will be streaming your favourite games as USTREAM connects you live to the channels that are already beaming the matches immediately the games start.

Unlike other android football streaming app, where you will need to know the particular channels that is going to show your favourite football matches in order to tune to it at the commencement of the game. 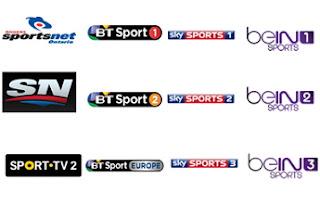 And in a case whereby you don’t know the channels that will be beaming the matches, you end up trying and trying the numerous and different football channels that are present on the app.

You will quite agree with me, that it is not really an easy task trying out the uncountable number of football/sport channels available in those apps to determine the channels that will be showing the match you want to watch.

Sometimes on the course of testing out different channels, you will notice that before you even figure out the particular channel beaming your favourite game, you would have missed some of the spectacular moments in the game.

In order to avoid these delays and if you are using other android football streaming app aside USTREAM, we will be bringing to you the specific channels that do show most of your favourite football matches, so you will never miss a match again.

There are many sport channels presents in those streaming apps, and many of these channels are not even interested or do not show football games, but they rather focus on other sporting activities, so it will be a huge waste of time and energy searching those channels for your favourite game.

Recommended: How to get the best out of Mobdro android streaming app to avoid cracking/skipping signals

Having said much already, here are the arrays of channels that do show your favourite EPL games, Seria A, Bundus liga, La liga, Champions league games etc.

·     Sportsnet World - Another wing of Sportsnet that can also be your saving grace to view your favourite football matches when others have failed.

With these arrays of channels you should be rest assured that you will never miss your favourite football matches again, for at least one of the channels will be showing the football game that you want to stream live.

All you need to do is to use the search field on the streaming app to quickly locate any of them and head straight to viewing your favourite matches.

Not as if they are the only channels that stream live football matches, but they are the most common channels you will find in most of the available android football streaming apps out there.

Never Miss Your Favourite EPL, Champions League Football Matches And Others With These Channels On Your Android Football Streaming Apps

Reviewed by Edwin Akwudolu on 4:35:00 PM Rating: 5
Share This
Streaming