How to use your laptop battery to maintain its natural lifespan

Edwin Akwudolu 1:54:00 PM Computers
The debate on how to use a laptop battery, whether to leave the laptop plugged in while making use of it or to unplug it once the battery is fully charged while still making use of it has gone unabatedly amongst laptop users.

It is a known fact just like other devices batteries such as phones; laptop batteries capacity tends to decrease slowly and naturally over its lifespan.

Having that in mind, there is also a need to use the laptop battery in the proper way to prevent it from losing its capacity and lifespan quickly. 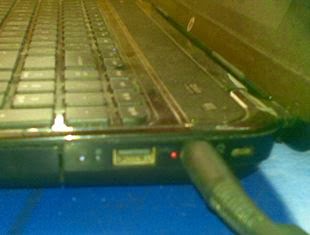 So many fear that when the laptop battery is fully charged it start getting overcharged when still in use , that the best thing is to unplug the laptop from power source to allow the battery to discharge while they make use of it, and re-plugging it again when the battery is almost discharged completely; they always felt that by so doing it helps in keeping the battery safe.

But the truth still remains that there are some other things that they have failed to take note of while they just based most of their theory about their laptop battery on assumption.

Also in some cases, mostly in regions where there are uninterrupted power supply, some have decided to take out their laptop batteries completely and keep them in the state of oblivion, thereby using their laptops only when it is connected to direct power source.

With the two categories of people described above in mind and on what they presume is the right way to use and preserve their laptop battery life, I have decided to go deep in research pertaining the effective use and best practices in the use of laptop batteries.

= =>using your laptop while plugged in has no significant negative effect on your laptop battery, so the notion that when making use of your laptop that after sometimes or when the battery is fully charged, that unplugging it helps in preventing the battery from over-charging is a wrong perception about laptop batteries.

Findings show that especially for all the modern laptops that when charging is complete during usage, it switches from charging to supplying thereby preventing the battery from overcharging.

Here the only little and insignificant disadvantages of that is that while charging the laptop battery as is being used, it slows down the charging process and takes longer for the battery to be fully charged.

Also when it switches from charging to supplying direct, the laptop gets hot and by so doing the battery also tends to remain hot by the heat generated from the laptop.

= => secondly it is advisable not to discharge your laptop battery completely before charging again.

You can always set your laptop to go off when the battery drops to say 15%, as this will prevent it from total discharge which in-turn helps the chemical inside to remain active, because once discharged completely, the battery becomes so exhausted and requires a kind of wakening up which does not really help the battery in any way.

= => then for those that hardly make or never use their laptop batteries at all or do leave it for a very long period of time before using, you are not helping your battery out, especially if you have used the battery once or more times in the past.

The battery needs to be exercised from time to time to keep the chemical inside active. If you must keep your laptop battery for  a very long period of time without making use of it, then you must store it in a very cold environment, sometimes even inside the fridge is advisable, but you have to make sure that the temperature is not below 0oC or super cooled temperature and also prevent it from getting any form of moisture.

By so doing you can keep the battery up to 3 to 6 months without actually affecting its lifespan and still enjoys the juice in it whenever you now decide to make use of it again.

If you are happy with the information your just received, you can use the comment box to express yourself or add something to this article.

How to use your laptop battery to maintain its natural lifespan

Reviewed by Edwin Akwudolu on 1:54:00 PM Rating: 5
Share This
Computers